Organic and Vegan Food Diets can be very similar and in some cases one in the same for the vegan diet. So what is the difference between a raw foodist and being vegan? A vegan diet can also include cooked whole plant based foods, however many vegans are also raw foodist, consuming mainly raw vegan foods. Being vegan doesn’t mean you have to eat mostly raw, even though many vegans also advocate this lifestyle for health reasons.

“The doctor of the future will give no medicine but will interest his patients in the care of the human frame, in diet and in the cause and prevention of disease.” –Thomas Edison

Raw Foodists believe that if you consume mainly uncooked foods you will achieve significant weight loss and weight stability. They also believe that a raw food diet enhances your body’s ability to prevent and fight diseases, especially chronic diseases. It is believed that raw and living foods contain essential food enzymes that are destroyed if the food is heated to above 116 Fahrenheit and why a dehydrator is often used.

Use code: spiritualgems for 10% discount

A Vegan Diet means you are eating whole foods from the plant kingdom only. While vegetarians eliminate meat, fish, and poultry, vegans take it a step further, excluding all animal products—even dairy and eggs. Whole food such as fruits, vegetables, leafy greens, whole grains, nuts, seeds, and legumes are the staples. Some vegan choose to eat mostly raw vegan foods and therefor are both a vegan and a raw foodist.

Eating primarily raw vegan foods could help shed pounds and fend off chronic diseases. Benefits are thought to include weight loss, heart health, diabetes prevention or control among many other health related benefits. Numerous studies suggest that eating animal products is related directly to many diseases. You can cook a perfectly healthy, meat and dairy free menu that supports weight loss and reduces the risk of heart disease, diabetes, and cancer.

Research shows vegans and raw foodist tend to eat fewer calories, weigh less, and have a lower body mass index (a measure of body fat) than their meat-eating counterparts. If you’re doing it right—i.e., eating raw vegan foods… lots of fruits, veggies, and whole grains—you’ll likely feel full on fewer calories than you’re allowed each day. With that “calorie deficit” and a little physical activity, you’re bound to shed pounds. Eating mostly fruits and vegetables and light on saturated fat and salt is also considered the best way to keep cholesterol and blood pressure in check and heart disease at bay, thus being a reason many are turning to a whole food raw vegan food diets.

Being overweight is one of the biggest risk factors for type 2 diabetes so if eating raw vegan foods helps you lose weight and keep it off, you stand a better chance of not suffering from this disease. Some research has linked veganism with lower diabetes risk. Vegan diets are healthful for people with diabetes, according to the American Diabetes Association.

There are many reasons people are turning towards raw vegan foods including animal rights, better health, and for many to fight cancer naturally. Eating whole organic plant based raw vegan foods, rich in superfoods, is the single most important step you can take for your health and well being. Always be safe. If you have a health condition, check with your doctor before changing your diet drastically. 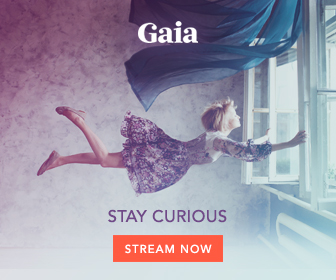